8 Filipino Models That Made It Huge This Year

Posted October 21, 2019 by Holly under Celebrities

Meanwhile, in the modeling world, Filipinos have been recently making history and representing the Philippines in international pages and stages. Not only do these queens have the looks; but these ladies boast brains and compassion as well. Check out their recent and up-and-coming international achievements and how they’re gracefully bringing our country’s name with them one catwalk at a time.

8 Filipino Models You Should Watch Out for This Year 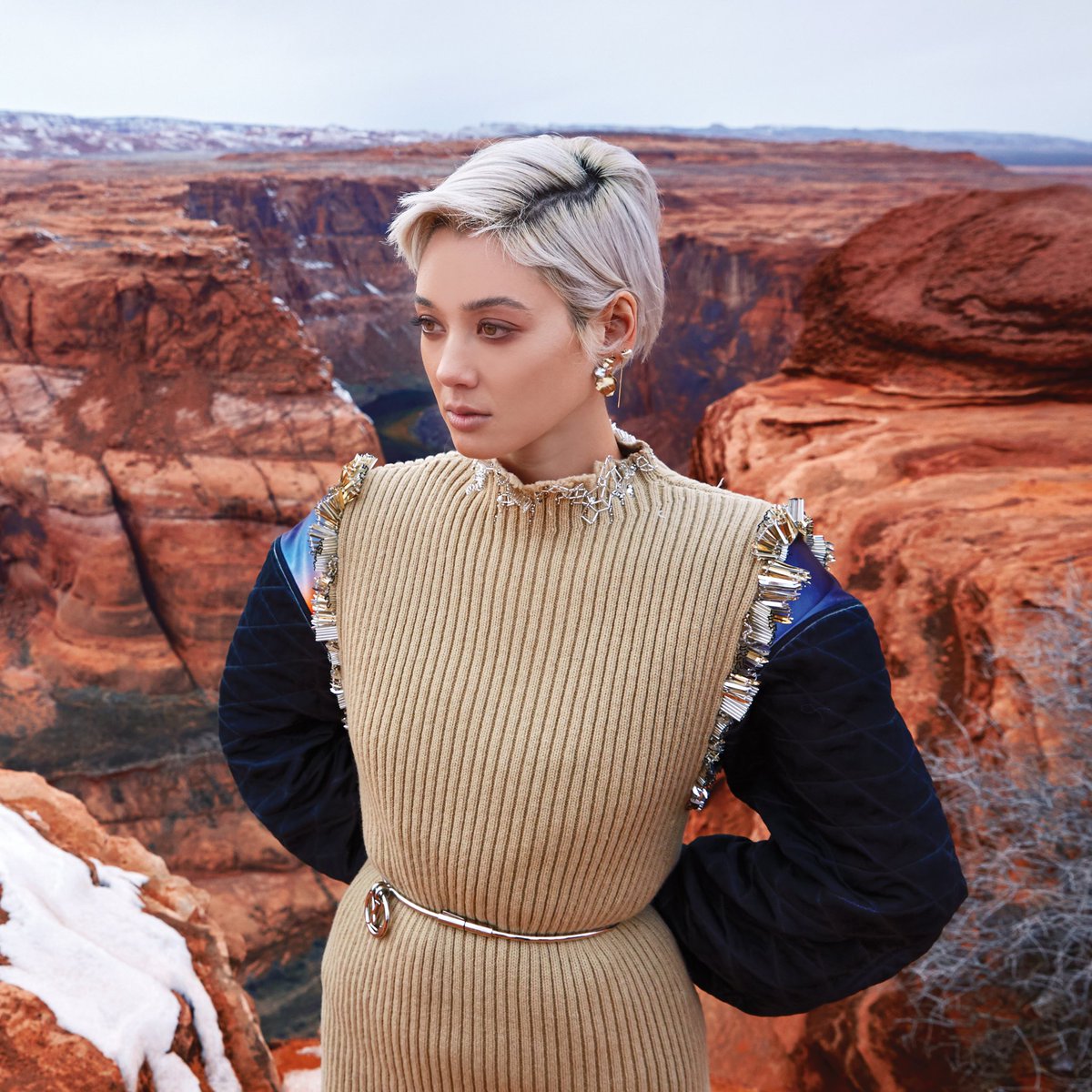 Blogging since 2011 and a filipino model, Filipino-Australian Kim Jones features fashion editorials and travels in her personal website and has been working with huge international brands such as MAC Cosmetics, Sephora, Calvin Klein, Gucci, Christian Dior, Louis Vuitton, Tommy Hilfiger, IWC Schaffhausen, and Shoes of Prey. Her work and style earned attention from WWD, Marie Claire Australia, Vogue Paris, Who What Wear, The Fore, and The Sartorialist.

Jones a filipino model has appeared on the covers of a number of fashion magazines including Rogue Magazine, L’Officiel Manila, L’Officiel Singapore, and Preview Magazine and has been featured in Coveteur. Her television credits include a short stint as a TV presenter on ETC Channel’s Etcetera and a guest appearance on Asia’s Next Top Model.

She married actor Jericho Rosales in 2014. 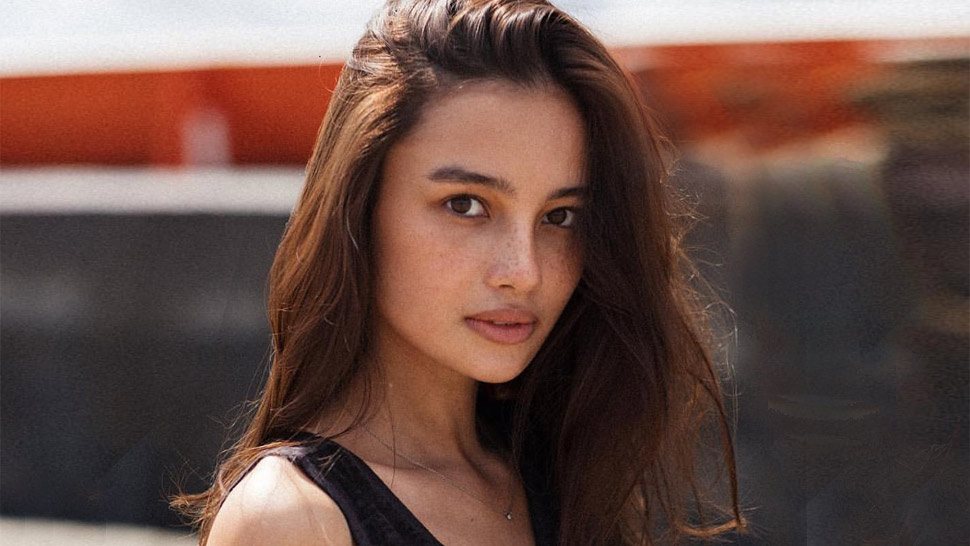 The Philippines was overjoyed last year upon hearing that a Filipino model finally graced the catwalk of Victoria’s Secret Fashion Show. A 22-year-old Kelsey Merritt made history as she debuted on the lingerie brand’s runway wearing a metallic silver ensemble by Pink. Merritt graduated from Ateneo de Manila University in Quezon City, Philippines, in May 2017 with a degree in communications. While studying, she modeled for brands such as Vera Wang and Maybelline. She a filipino model moved to New York City after graduating and is currently signed with several major agencies including Supreme Management, Women Management Milan, Wilhelmina, and Nomad Mgmt.

Just recently, the freckled beauty appeared in Sports Illustrated’s swimsuit issue as a new addition to their 2019 rookie class.

Notable for winning the reality TV show Pinoy Big Brother: Lucky 7, Maymay slowly built her way to an international modeling career by being the first Filipino model to walk in the Arab Fashion Week for Amato Couture. She a filipino model was also handpicked by famous Filipino designer Rajo Laurel for a Hello Kitty fashion show and has modeled for Folded & Hung, Skechers, Bench, Mak Tumang, MEGA, Metro Style, and XPEDITION Middle East, garnering the attention of the likes of Tyra Banks and Raymond Gutierrez. On the official Facebook Page of Asia’s Next Top Model cycle 6, the Fox Life TV show posted a set of Maymay’s photos, writing, “WISHLIST | Maymay Entrata has what it takes to be Asia’s Next Top Model Cycle 6 contender.”

Since then, she went on to be a commercial model for various companies like Vivo, Vice Cosmetics, Broadway Gems, Nestea Milk Tea, Tik Tok Philippines, Belo, Megan Beauty Products, and Modess. 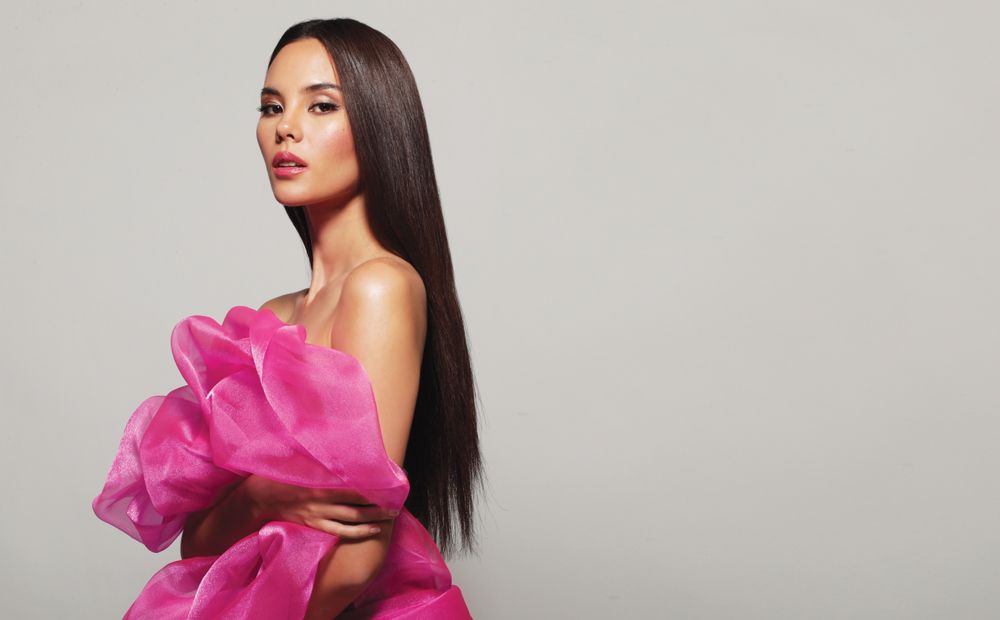 Cat a filipino model took the world by storm when she earned the title of Miss Universe in 2018, notably researching about Philippine culture to represent it and encourage national pride. She first began working as a commercial model after graduating from high school, slowly building a modeling career on TV, advertisements, and magazines for several years. Many netizens were surprised upon finding out from a compilation of TV ads that she had modeled for Century Tuna, Myra, Tortillos, SMART, Nescafe, Pantene, Palmolive, Sprite, Ponds, and many more. One of the biggest campaigns she had been a part of was the renowned Pantene #WhipIt commercial, which was lauded for combating gender stereotypes.

Before winning the Miss Universe crown,a filipino model had walked for Sherri Hill at the New York Fashion Week. After her phenomenal win in the international pageant, she has since been gracing the covers of various magazines such as MEGA, Preview, Esquire, Illustrado, Cosmo Beauty, and even V, after she was invited by Tyra Banks herself. She continues her work as a commercial model while also carrying out charity and modeling work around the world for the Miss Universe organization. Recently, she relinquished the crown to her successor, Gazini Ganados, during the Binibining Pilipinas 2019 coronation night. Hailing from Talisay City, Cebu, another print, commercial, and fashion filipino model assumes the title of Miss Universe Philippines to represent the country this December. She began her career in filipino model modeling in 2010 at the age of 15 after being scouted by a talent agent for Origin Model and Artist Management. After signing with the agency, she went on to win a number of beauty titles while still studying, including Miss Milo Little Olympics 2011 and Miss Cesafi 2016. She came in as second runner-up in the Reyna ng Aliwan 2015 and first runner-up in Miss Bohol. She was crowned Mutya ng Central Visayas Regional Private Schools Athletics Association (PRISAA). Aside from her pageantry achievements, she has appeared in various print ads, magazines, trade shows, and both local and international runways while she was in college.

After graduating from the University of San Jose–Recoletos with a degree in tourism management, she wanted to try another pageant one last time before finally working a stable job. This pageant turned out to be her ticket to the biggest beauty pageant in the world. 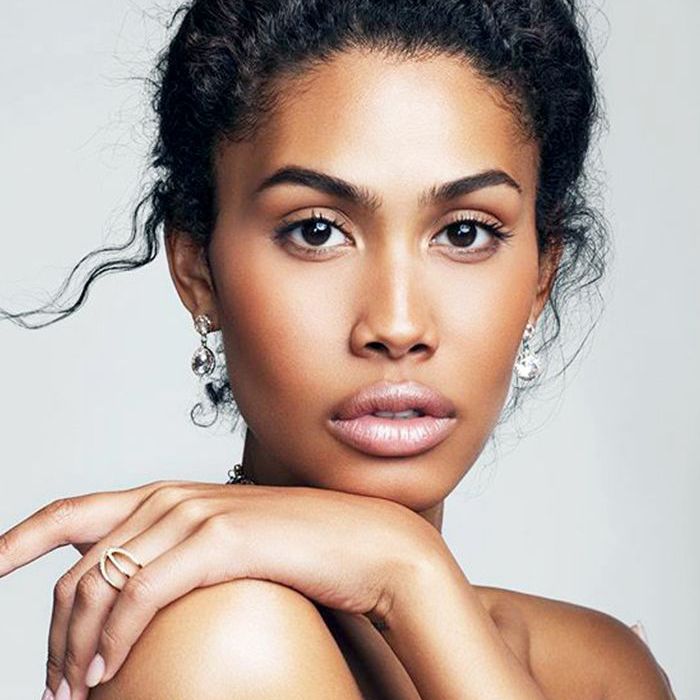 This Filipino-African-American transgender filipino model, actress, dancer, and activist made history at the prestigious Cannes Film Festival and in Vogue India. A trained dancer, Bloom dropped out of the Chicago Academy for the Arts, where she had received a full dance scholarship, because the men’s scholarship did not allow her to dance as a woman. She moved to New York City and faced homelessness. She had to survive by working at a restaurant during the daytime and earning cash prizes at night in the underground ballroom scene. Soon, her talent and beauty earned her status, respect, and recognition among her peers.

In 2014, Bloom first appeared in a C☆NDY cover feature on prominent trans women. A filipino model then made news for walking the runway for the Chromat label during the New York Fashion Week. Late last year, Leyna Bloom was cast as one of the faces of the H&M x Moschino by Jeremy Scott Fall/Winter 2018 international campaign, shot by the legendary fashion photographer Steven Meisel. Because of this, she appeared in the ads of thousands of stores, billboards, magazines, newspapers, and TV spots around the world. Glamour magazine named her one of the “6 Women Who Are Shaping the Future of Fashion.”

Early this year, she was the only transgender filipino model woman of color to walk the Parish Fashion Week Fall/Winter 2019 at the Tommy Hilfiger x Zendaya fashion show. A month later, she starred in the feature film Port Authority, backed by Martin Scorsese. Screened in the Cannes Film Festival, this is the first film in the festival’s 72-year history to feature a trans woman of color in a leading role. 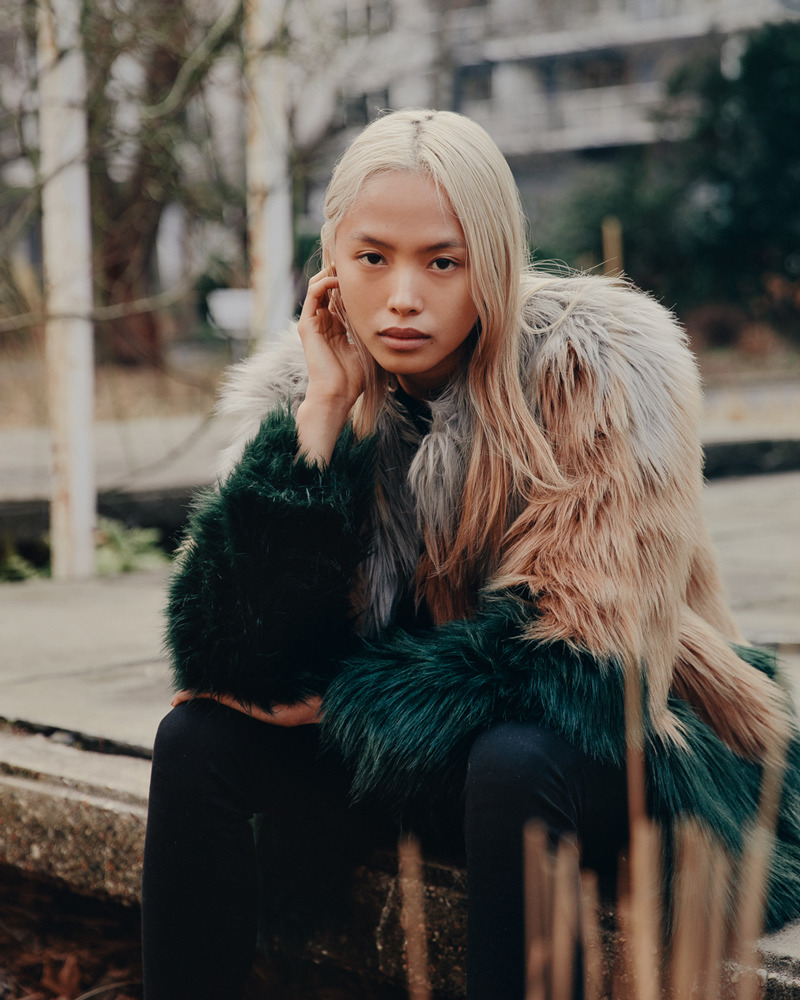 Charlene Almarvez a filipino model made waves in the fashion industry after winning the Ford Supermodel of the World 2009 search and represented the Philippines in São Paulo, Brazil, in 2010. She placed second, which was the country’s highest placement in the competition by that time. She won $150,000 contract for a Ford Models representation. Since then, she has appeared in editorials for various fashion magazines. This includes Vogue China, V, Teen Vogue, Elle Russia, New York Times’ T Magazine, Glamour, Glamour Italia, Glamour UK, A magazine, Wonderland Magazine, Town and Country, Seventeen, Schön!, Genlux, and many more. In the local modeling scene, she has appeared on the cover of Zone Magazine, Wedding Essentials Magazine, Sense & Style, and MEGA. She has walked on the runway for major designer brands and has appeared on the editorials of Preview and MEGA as well.

Now, a filipino model will be playing a role in a new Hollywood crime series, City on a Hill. She announced her excitement on Facebook, where she posted a picture of herself with the show’s lead, Hollywood actor Kevin Bacon. Produced by Ben Affleck and Matt Damon, City on a Hill is a crime drama set in 1990s Boston. The show is a fictional retelling of the Boston Miracle, the initiative built to put a stop to the youth gun violence epidemic back in those times.

This Fil-Am filipino model made history this month as the first-ever transgender Asian Pacific Islander Playboy model. Geena a filipino model who came out as a trans woman in a TED Talk back in 2014, in honor of International Transgender Day of Visibility. Born in Manila to a working-class family, Geena began competing in beauty pageants at age 15. When she moved to the US, she was soon discovered by a fashion photographer in a restaurant in Manhattan. She was then signed to NEXT Model Management, where she spent 12 years modeling for international swimsuit and beauty editorials.

In 2014, Geena was featured on the fifth anniversary cover of C☆NDY along with 13 other influential transgender women all over the world. She founded Gender Proud, an advocacy and awareness campaign that aims to advance the rights of all transgender individual, and became executive producer of Beautiful as I Want to Be, a digital series for Logo, focused on transgender youth. She was soon featured on Caitlyn Jenner’s show, I Am Cait. In 2016, she appeared on the cover of Harper’s Bazaar along with Tracey Norman, the first transgender cover models in the history of the magazine.

8 Filipino Models That Made It Huge This Year by Holly
TAGS: celebrities